David the sheep, living in sanctuary at The Gentle Barn Tennessee 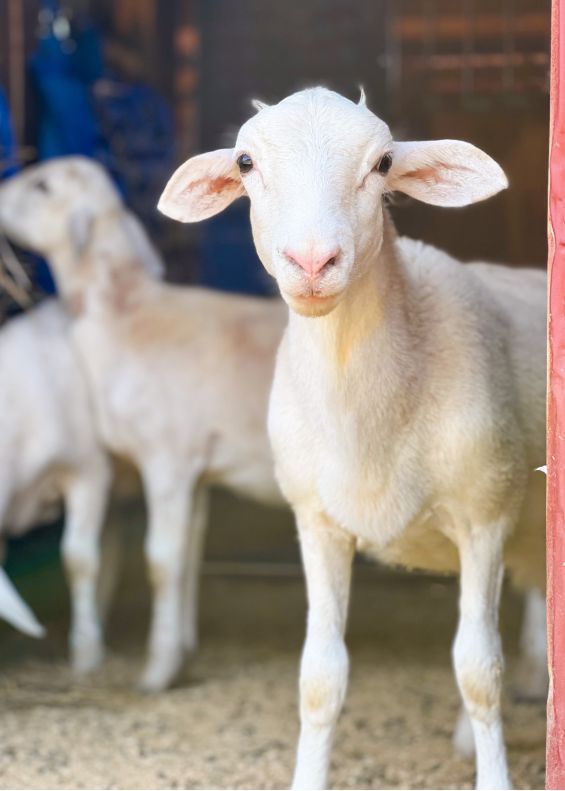 David the sheep, living in sanctuary at The Gentle Barn Tennessee

David and his nine brothers were headed to slaughter and we brought them home to The Gentle Barn Tennessee instead. Just babies, having recently been separated from their moms, it took a while to earn their trust and make them happy. But through reading out loud to them, singing to them, and spending hours with them, they finally allowed us to become part of their family, and a part of our home. David loves his brothers and stays close to them, following in a big wooly group as they rest, eat, and frolic outside. David and his brothers will get the love and care that all animals deserve for the rest of their lives.

David and the other nine sheep are together known as Kody's Flock, after a generous donor. Individually, their names are Alexander, Asher, Casper, David, JJ, Leo, Mac, Manny, Richard, and Sam.