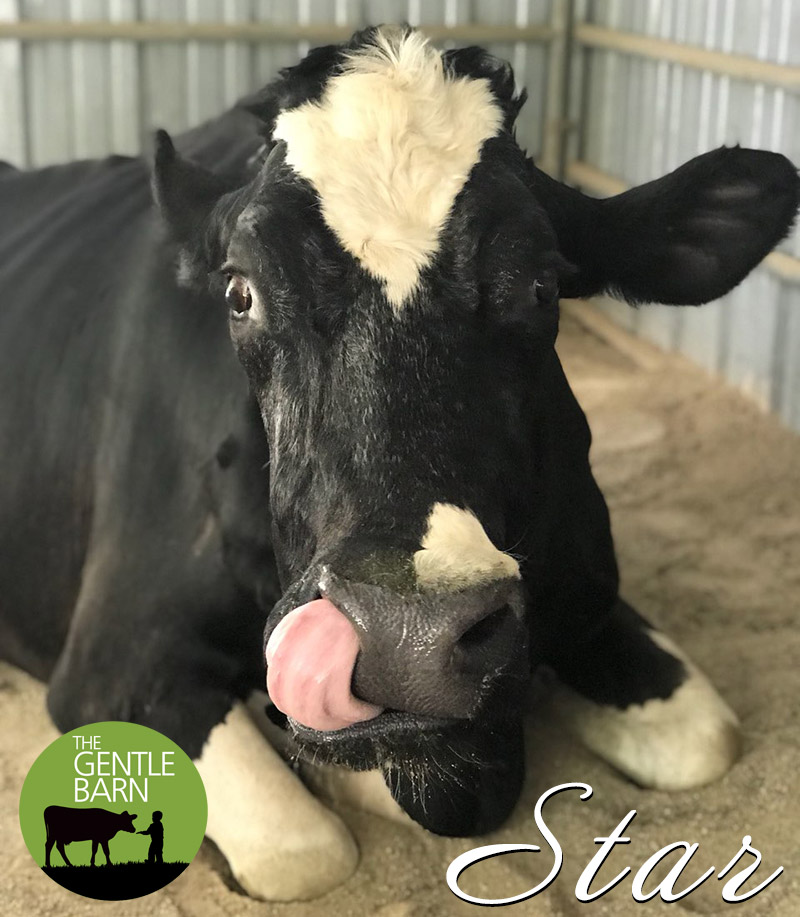 Almost ten years ago we rescued our very first group of veal calves. We had gotten a call from the owner of an auction house that asked us if he could call us when he had downed calves, to take them off his hands. A week later he called with six calves, all too sick to stand. As Jay was heading home with them, I started calling other sanctuaries to see if they could offer any advice on how to care for them. Every sanctuary that I called said the same thing: the only thing I should know is that veal calves don’t survive. Devastated, I got off the phone, desperate to try something the others hadn’t thought of. I reasoned that veal calves probably don’t survive because they have nothing to live for. They’ve been taken away from their moms, are stuck in a dark box, and are very sick; why would they want to live?! I had to to do something to make them want to live! By the time Jay arrived home with the six calves I had called over a hundred volunteers, and they all had signed up to take shifts with the calves throughout the day and night. If we loved them, read to them, sang to them, held them in our arms, and told them how wonderful their life would be, maybe they would want to survive. And sure enough, after several long months of breathing the life back into them, they recovered, healed, grew, and thrived. We have implemented that same method with hundreds of orphaned animals and have not lost one single veal calf since.

Star was one of the calves who right from the beginning shone so brightly. He was always kind and gentle, and although he was very ill at first, he was so receptive to our love and affections. He didn’t shy away but welcomed our efforts. He grew very tall, very fast, and we affectionately called him our big boy. Because he was raised in our laps, even when he was well over seven feet tall, when we sat with him he would lay his head in our laps, forever a lap cow. Star was fascinated with small children. He would tower over them, lower his head to face them, and would look at them as if to say, “why are you so small?!” And of course the child’s eyes would open wide, jaw would drop, and he would exclaim, “why are you so huge?!”

Dairy cows are genetically engineered to get very big, because the bigger the cow, the more breast milk they produce. The babies are taken away from their moms as they cry on deaf ears for each other, and the baby’s milk is stolen for people to drink. The baby is put in a veal crate to stand for eight weeks, and if they live that long, are sent to slaughter at eight weeks old. When we rescue them and they are allowed to live, the males grow to seven feet tall and over three thousand pounds. But even though Star was so huge, he was always gentle.

He was like a shooting star: he lit up the sky, he was brilliant and dazzling, to see him was like being witness to a miracle, when anyone saw him they couldn’t help but utter “wow”, and though grateful to have caught a glimpse of him, when his trail burned out he left everyone yearning for more. To all of you who were lucky to know him, thanks for loving our big boy with us! I hope he opened your heart as big as he opened ours. To love, to be kind, to extols gentleness to all creatures, to stand up for injustice, and to be the voice for the voiceless is what Star would have wanted of each of us!