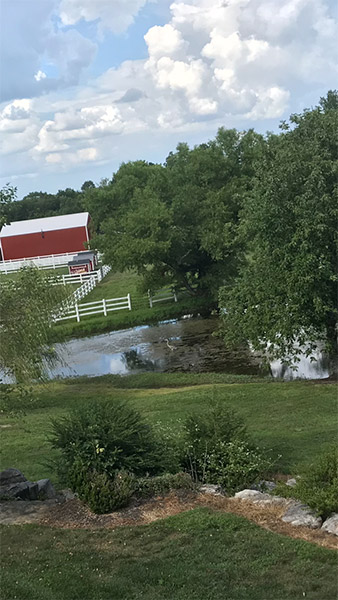 I remember when my daughter, Cheyanne was in first grade. She would come home each day very excited about what she had learned and the friendships she was making. We would talk the whole way home. One day in late fall I picked her up from school, and she told me that she had learned about America and how it was discovered by Columbus. I was shocked and upset that they were still teaching that. I smiled and bit my tongue on the way home, asking her instead about her daily games of pretending to be a unicorn with her friends. But once we got home, I invited Cheyanne to sit down with me. I asked her what “discovered” meant to her, and she said that it meant that there was no one there before, and it was just empty, ready to be taken. Then I told her that in America before Columbus, there were people that lived here, and there were buffalos and lots of animals. I gently explained that Columbus didn’t discover America, he took it from the people who lived there already. I asked her how she would feel if someone took her room, and she said she would be sad. Then after thinking for a moment, she said that if someone asked nicely to share her room with her that she would say yes, and they could live together in peace. I told her that I wish that happened in America and that maybe one day we will all live together in peace. Later that night I lay awake in bed thinking about Cheyanne’s words, her gentleness, and her innocence. I imagined Columbus entering America carefully, slowly, and with reverence. What if he had asked permission to land and to live among the natives in harmony? What a different legacy he would have left, and what a more peaceful world we would have today!

Every time we open a Gentle Barn in another state I carry that conversation with me. When we purchase land, we don’t believe we own it and can do with it whatever we want. We believe we need to enter with reverence. At first glance, it would be easy to think of our Nashville forty acres as vacant and waiting for us, but the truth is that it’s already full of life. There are families of wasps and hives of bees. There are frogs, snakes, turtles, and deer. There are many birds with nests, raising their families. There are Canadian geese that winter on the pond. And there are groundhogs, weasels, raccoons, and so many nocturnal animals that we haven’t yet met, but know they’re there. There are animals that have come and gone on this land for years, and probably regard us as intrusive newcomers. And there are gorgeous trees that have been here for decades. I don’t want to discover this property; I want to ask permission to be here and live in harmony with those that were here first.

In Nashville, there is a colony of bees who live underground on the edge of our pig pasture. Each time we tried to trim the branches of the trees to put up fences, the bees would furiously drive us away. We had contractors suggest poisons, but we moved our fence line to leave the bees undisturbed. There are snakes in our pond. We’ve had companies suggest we kill them or relocate them. Instead, we’ll not go to the back of our pond where they live. We have several bird nests in our stable. When we were pressure washing and staining the stalls we were very careful not to spray water near them, we made sure to stop for breaks during the day so the momma birds could feed their babies, and we stopped at dusk so they could sleep. The wasps were so angry when we arrived. But by respecting them and getting them used to us slowly, they have come to accept us. Reverence is not always easy, and cruelty is always faster, but being a welcomed part of an already established ecosystem is such a great feeling.

To me, the epitome of gentleness is being vegan. But I don’t believe that veganism only pertains to what we put in our mouths. I believe that being truly vegan is having reverence and compassion for all, no matter what. It means accepting others where they are, not judging anyone, and making the gentle choice even when it’s inconvenient. It means thinking gentle thoughts, having kind conversations, and loving no matter what. At The Gentle Barn Nashville, because of the very careful steps we took to create things gently, we can now play peekaboo with our resident groundhog, listen to the sweet chirps of baby birds eating unafraid above our heads, enjoy the deer grazing alongside our horses and cows, wish the bees good day as we coexist, and have butterflies land on us as we work. It is a gorgeous paradise, come feel its magic!