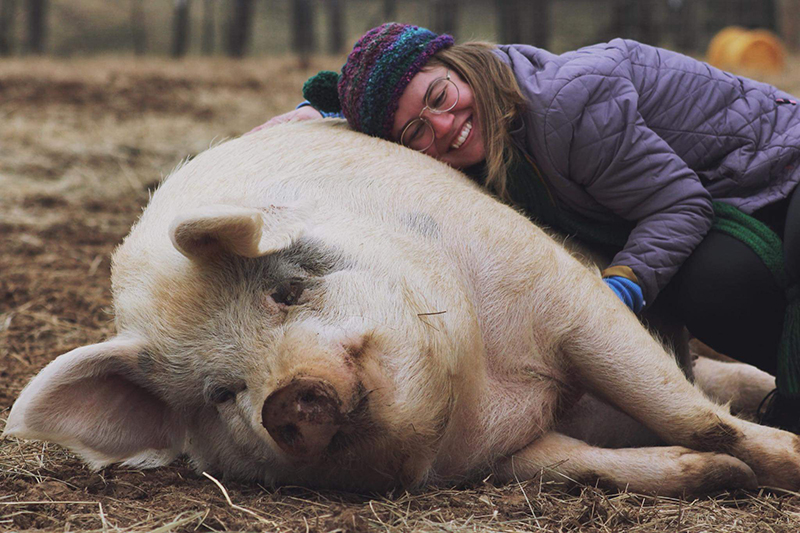 My story starts when I met a calf named Raymond. I was told that his mother rejected him, so he was moved to a little petting zoo area where he could receive extra care. I was also informed that he, along with most of the other animals on the farm were for sale. I couldn’t buy Raymond, but I was so worried that he would end up going to slaughter. I knew I couldn’t visit there anymore, it was just too hard emotionally, but I wanted to be around animals who were safe. Then one of my friends told me about The Gentle Barn in Knoxville. I came as a guest for the first time last winter and knew immediately that I wanted to volunteer. It meant so much to me to be surrounded by others who genuinely shared my love for animals! There’s an understanding at The Gentle Barn that the best way to love animals is to respect and cherish them. It seems like a very logical and straightforward idea, but it isn’t held by the larger population. It’s an important message that is spread in a very loving way through The Gentle Barn. I’m so grateful to have had the opportunity to be a part of it!