Tribute to a Gentle Giant 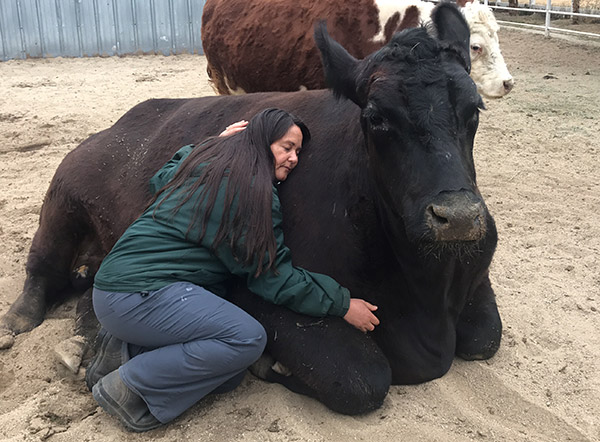 Gentle Ben was so enormous that he dwarfed even the tallest of men. Even when he was lying down, he seemed intimidating. But the minute we were engulfed by his sweet, Gentle spirit, it was clear that all he had to offer was love. Gentle Ben would sit up straight, ears forward, head bent towards us, and eyes half closed shaded by thick sultry lashes. His warmth would beckon, his soft fur would call to us, his rugged shoulders were always ready to take in any tears. His embrace erased any memory of discontent, his strength made us feel protected, and his gentleness, unlike his size, made the most skittish among us feel at ease.

Gentle Ben lived selflessly in our barnyard for a decade. Even when it became harder for him to walk his massive body around, he never complained or accepted much healing; he was clearly here for us. He was always kind to the other animal ambassadors and loving to each of our guests. He was the walking breathing example of what a perfect leader was: strong yet gentle, powerful yet soft, selfless yet knowing exactly who he was. He exemplified to adults and children alike what real strength looked like. And even though the meat industry genetically engineered his DNA to grow very big, very fast, and set him up for failure, Gentle Ben never complained about his mobility issues. He was grateful for his life, proud to serve, and ready to go when the time came.

When we helped Gentle Ben transition his entire bovine family encircled him, took turns bidding him farewell, and stayed with him until his body was taken away to burry. They did not cry out in fear or resistance, but held his hand and walked him home. It was one of the most beautiful things I had ever witnessed. We have so so much to learn from these sentient beings about birth, death, Life, and love. They are so much wiser than we could ever imagine. 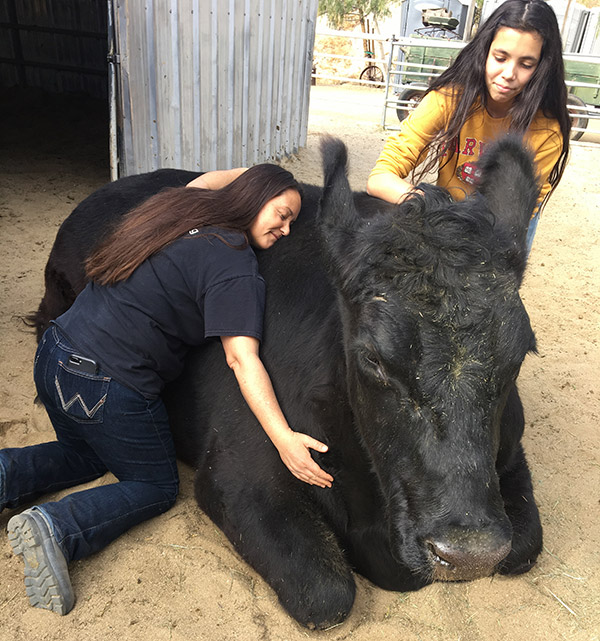 When Gentle Ben took his last breath and exhaled, when his body lay still and quiet, a shell of the spirit that was Ben, I stood next to him with my eyes closed. It was a sunny day, but not a very warm day, and yet all of a sudden my body felt very warm, almost aglow. I could feel every part of me warmed, loved and at peace. I felt like I was in a giant embrace. I felt all the goodness that was Ben surrounding me, and all the memories we shared flooded my mind. Like when he first came home, small, fluffy, and soft, walking nicely on a halter like a puppy dog. When he would roll over for tummy rubs. When he would gobble down cookies with a smile on his face. When he would rub his eyes and face on my body, almost sending me flying, but trying to be as gentle as possible. When he would become a two year old when I tried to wipe his perpetually runny cow nose, and kept turning his face away from me, not letting me clean his face. And when he would stay perfectly still so he wouldn’t frighten a tiny child while they brushed and pet him.

After a few minutes of feeling his warm embrace and thanking him for all those wonderful memories, Gentle Ben took his leave, souring, flying, expanding. I figured I had just imagined it was Ben saying goodbye and reasoned that it was the sun warming me. But when I opened my eyes I was standing in the shade and realized it wasn’t the sun at all that had given me one last warm cow hug. Days after that I was worried that going into the cow pasture would cause pain, feeling the absence and missing of Gentle Ben, but it is exactly the opposite. The cow pasture is the only place I don’t miss him, for there among the other cows, in his favorite barn, or in his favorite sunny spot, is where I feel Gentle Ben the most. He’s still part of our mission to teach kindness. He’s still there to give his unending love. And he’s still there to hand out hugs to anyone who will close their eyes, and stand still long enough!