In the Wake of Despair 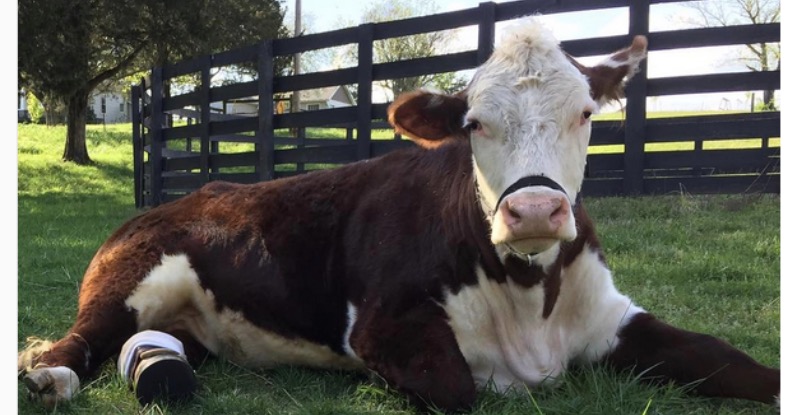 I cannot get the image out of my head of Dudley staring at me before he went in for surgery. He looked at me like he was looking right inside of me. His stare penetrated my soul and I could not look away. We sat like that for hours, just Dudley and I, looking into each other’s eyes. He was preparing me.

Dudley was doing well, he was stable, and so Jay came home for Father’s Day, a decision that Jay beats himself up for now. The day after we got the early morning call that Dudley was not doing well and that they were thinking about taking him in for surgery to see what was really going on in there. They said they wanted to give him a little more time to see if he got any better, but that we should be prepared. The second we got off that call with the doctors Jay and I went into seamless motion, booking flights and house sitters as we both knew that we had to be there right away. We flew all day, landed at midnight, and by the time we got our luggage and rental car it was two AM. Instead of getting some sleep and driving the rest of the way in the morning, we drove the three hours straight from Atlanta to Knoxville and arrived at UT at five AM. We waited in the car for two hours in the hospital parking lot for them to let us in, and then went straight in to Dudley. It didn’t matter that we hadn’t eaten or slept, we were relieved to be there.

The doctors pulled blood, examined Dudley, did an ultrasound, deliberated on whether we should operate or not, then left. Jay, exhausted, went to do some work on his computer, leaving me alone with Dudley at last. I could not wait to have him to myself. I have been alone with Dudley in the hospital many, many times. He usually lets me snuggle with him and then takes a nap, or chews his cud, or walks around knocking things over making me laugh. This time, however, was very different. Dudley laid down facing me and stared at me, barely blinking. He looked into my eyes as if he was about to say something, but audible sounds never emerged. We looked into each other’s eyes for four hours!

I’m sure he was preparing me. I’m sure he was saying his final goodbye. I’m sure he was explaining as best he could what was about to happen and letting me know that it was going to be all right, but I was in denial. When the cart that would take him to surgery drew closer, rattling along the cement hallway, Dudley jumped up onto his feet and walked to the door in his stall. He looked at me, and this time I heard him clearly, “I am ready.” The door to his room opened, the doctors gathered, and Dudley took one last look around. He gazed at each of us, Jay, Andrea, Becky, and me, then around at the hospital, then focused forward and stepped onto the cart.

Dudley knew the entire time! While the surgeon speculated about what could happen, listing all the risks, while the surgical team gathered with the intent to save his life, while we waited anxiously in the hallway, pacing and chewing our nails, Dudley knew all along that he was going home. How was he so brave? How was he so wise? How did he know?

And Dudley is not the only one! I have had countless animals at The Gentle Barn that seemed to know that they were leaving. One duck in particular even said goodbye to me many years ago. He was not ill or old that I knew of. One evening he came up to me and stared at me as if to say, “Thank you for having me, it has been fun, I really appreciate it.” I returned his gaze and let him say all he had to say, and then he walked away. In the morning, I found his body, cold and vacant. I even had one goat who willed herself to die. The love of her life, Grandpa Goat, passed away of old age. Emily lay down on the bed that they had shared together and would not get up. I brought her food and water and when a day or two had passed and she refused to get up I called the vet who said there was nothing wrong with her. A few days later I found Emily passed away. I had a necropsy done and it revealed that there was indeed nothing wrong with her, she had just been unwilling to be here without her soul mate.

Many of us love animals because they are so small, cute and innocent. We want to help them because we feel sorry for them and because they are helpless. I think Dudley’s final lesson for us is that animals are much more than just cute and helpless. I think animals understand everything. I think animals understand more than we do about where we come from and where we go when we leave our bodies. I think animals can really unite with one another, whether they are alive or transcended. I think animals do not need words to communicate or understand. They are open, intuitive, and connected. Dudley knew he was leaving, and he was not scared or attached to his physical form. He was brave and wise and focused on helping the rest of us let go.