We’ve wanted to go national for a while and open Gentle Barns in every state. When planning it out, we thought that it would be best to hit the bigger states first: New York, Illinois, Texas, Oregon, and Colorado. However, during my eighteen years at The Gentle Barn I’m realizing that I’m not organizing this at all. The universe has a plan and I’m just being guided and led to what I need to do and where I need to go. Apparently, I’m being guided by a group of cows! The Gentle Barn was my dream since I was seven-years-old, but I procrastinated for a long time. Then, I discovered an abusive petting zoo and started bringing animals home that were ill or injured. I still didn’t put the pieces together that I would start my dream. I was just reacting to the animals’ pleas for help. I later found a cow who was being sent to slaughter in Washington State and I had to save her. The yearning to save her life and bring her to my small half-acre back yard was so strong that I was willing to lose a husband over it when he threatened, “it’s the cow or me.” In came the cow and out went the husband. I didn’t understand then why I was so stubborn and relentless in saving Buddha’s life, but later realized that she would be my greatest teacher and help me start my dream and fulfill my destiny.

I spent the next sixteen years praying to start Gentle Barns in every state. It wasn’t until I made a birthday wish to save a cow and we saved Dudley that it was made clear that we were opening in Tennessee. We might have helped Dudley get the surgeries and prosthetics that he needed, but it was he who showed up in our lives to help us create the second Gentle Barn in a state we hadn’t even considered up until then. Dudley continues to open hearts and change the world, as Buddha had done in California. 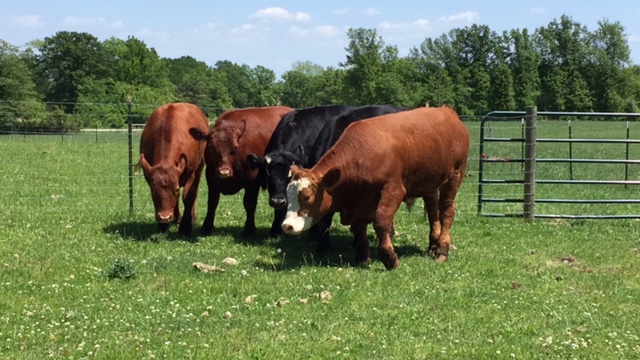 Then we heard about six cows who had escaped a slaughterhouse in St. Louis, and as tragic and heart wrenching as that story was, we watched it unfold thinking someone else, closer to Missouri, would step in and save them. When no one else did and it was made clear by the meat packing company that they were to be slaughtered the next morning, Jay boarded a red-eye to save them. I still was not thinking about anything other than saving their lives. It wasn’t until I met Chico for the first time this week, felt his powerful energy, heard his wisdom, felt his grace, and was reduced to uncontrollable tears, that I realized that Chico was another sage sent to lead us to create another Gentle Barn, and open hearts and minds in the mid- west.

Like Buddha and Dudley, Chico is no ordinary cow! He is strong beyond his capabilities. He is wise beyond his years. His energy is so strong and powerful that it is impossible to deny. It would be tragic to put him in a pasture somewhere to just live out the rest of his life. He and his brothers are on a mission and they have brought a message for the human race. They need to be healed and taught to trust people. They need to share their story and show people that animals want to live. They need to become hugging saints to heal lost humans and remind them of who they are. They will change the world and The Gentle Barn will be their home and their sanctuary while they work. 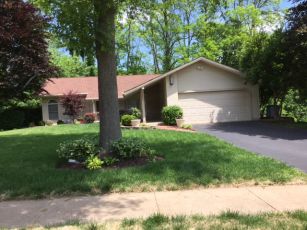 While we were in St. Louis looking at properties, we found the home I had lived in as a child, forty years ago. All the memories came flooding back from when The Gentle Barn was conceived. It was in St. Louis that I tried to kill myself at the age of seven, and a hummingbird flew within inches of my face and told me that I had to stay, that I was needed, and that it would end up all right. It was in St. Louis that I lay covered in butterflies and felt connected to animals and nature and vowed to spend the rest of my life being their voice. It was in St. Louis that I would try to bring injured animals home to heal them, but my parents threw them out, and I would yell back at them, “You’ll see, when I grow up I’ll have a huge place full of animals and I’ll show the world how beautiful they are! And all the lonely people of the world will come and heal with us.” This statement came from the same place inside of me that insisted on bringing Buddha home, even though it would cost me my marriage. It came from the same place that pushed me to rescue a cow for my forty-seventh birthday in Tennessee. It is the same still, small voice that connects me with Chico and knows without any doubt that he will help us open a Gentle Barn in St. Louis and will change that community forever.

The longer versions of these stories can be found in my book, My Gentle Barn, Creating a Sanctuary Where Animals Heal and Children Learn to Hope, available wherever books are sold, or on our website, www.gentlebarn.org.