We have stepped in to rescue and care for the six cows who successfully escaped from a slaughterhouse in North St. Louis last Thursday, March 30th. The story of the escape was caught on local news, which quickly gained national attention and many online fundraising efforts to pay for the freedom of these courageous animals. Thank you to all the people who worked hard to raise awareness and funds to help save these amazing cows. They are now safe, but need a lot of additional care.

Articles In The News

[STATUS UPDATE #2 4/3/2017 1:00 pm] - All six cows have been transported to a temporary boarding facility for the next few days and were offloaded into a large stall to decrease their fear and stress.

[STATUS UPDATE #4 4/3/2017 3:30 pm] - Evaluated all cows as best as possible. Noticed minor cuts and scratches along with mix of mud and manure on hair of all cows. One of the black cows presented with potential injury to left hind leg along with rapid shallow breathing and clear nasal discharge.

[STATUS UPDATE #4 4/3/2017 4:30 pm] - Had large animal mobile veterinarian out to facility to examine black cow with injury to left hind leg, rapid shallow breathing and clear nasal discharge. Veterinarian’s advice was to reexamine following day to evaluate if stress related. Veterinarian had concerns about the limp and discharge, more than the rapid breathing.

[STATUS UPDATE #5 4/4/2017] - The cows enjoyed being released into pasture and kicked up their heels a bit while grazing on grass. Noticing black cow with injury to back leg laying down with continued rapid shallow breathing and clear nasal discharge.

[STATUS UPDATE #6 4/6/2017] - After several days at the temporary facility Jay decided to step up medical care and have them examined in a facility with proper equipment. All cows where transported to the Large Animal Veterinary Health Center at the University of Missouri.

Upon their arrival to the hospital, the cows were given a basic evaluation. The veterinarian in charge of the cows determined that decreasing their fear and stress levels would be in their best interest before further examination. The black cow was said to be in poor condition, but not life threatening at this time. Pain medication was administered to the black cow.


[STATUS UPDATE #7 4/7/2017 4:00pm] - Today, all six cows were examined by the veterinary staff at the Large Animal Veterinary Health Center at the University of Missouri. It was determined that all of them have significant bruises, minor lacerations, and wounds presumably from the experience they had running through the streets and being corralled. The cow known as Chico is presenting with a minor amount of blood in his stool; fecal exams are due back tomorrow on all six cows. The black cow with the injured left hind leg, along with rapid shallow breathing and clear nasal discharge, under examination also presented with cuts and bruises, and additionally was treated for an injury to his left front leg. To handle any kind of discharge or potential infection, they have been given antibiotics and he has been continued on pain medication and an anti-inflammatory to manage pain. Although he's the one struggling the most, he did show improvement since yesterday. All of the cows seem to be eating and drinking, however because of the stress and trauma they've been through over the past week, it's left their digestive systems somewhat fragile, but they are slowly improving. Again, to be safe, all six cows were given antibiotics along with tetanus for their abrasions.

[STATUS UPDATE #8 4/7/2017 6:00pm] - Overall they seem good. They've eaten their food, drank some water, and are sitting down, chewing their cud, and getting ready for a good night's sleep. They seem like they are heading in the right direction.

[STATUS UPDATE #9 4/8/2017- 4/11/2017] - Left MO to attend the Nashville Vegfest and to support one of TGB horses in the hospital at the University of Tennessee in Knoxville. Received daily reports while I was in Tennessee, from the veterinary staff at Mizzou (Large Animal Veterinary Health Center at the University of Missouri) that the four cows continue to do well after receiving antibiotics and pain meds. One cow continues to present with a cough and the black cow (now named Spirit) is continuing to go in a downward direction. His limp is more pronounced on his right rear foot now and he is continuing to exhibit rapid shallow breathing, clear nasal discharge and is grinding his teeth; all signs of pain and potential infection. We are quite concerned about him.

[STATUS UPDATE #10 4/12/2017] - Returned to MO from TN and met with the veterinary staff at Mizzou for a status report. The one cow with the cough has a very intermittent cough but seems about 50% better, all the nick, cuts and bruises seem to be healing well, however there is still concern about Spirit who is not responding to antibiotics, not eating and is still exhibiting rapid shallow breathing, clear nasal discharge and is grinding his teeth. The plan is to test his white blood cell count and see if he is healthy enough to be anesthetized on Friday to get better radiographs and determine what may be going on.

[STATUS UPDATE #11 4/13/2017] - The cow with the cough is about the same. Spirits blood work came back indicating that he is well enough to be anesthetized and is set to fast beginning this afternoon to prepare for his procedure tomorrow. The veterinarians said that depending on what they find they may need to flush out his joint along with other possible procedures but we won't know until tomorrow during the procedure. There will be a Board Certified Anesthesiologist and surgeon to take very good care of him. Needless to say we will be holding our breath.

[STATUS UPDATE #12 4/14/2017 12:45pm] - The cow with the cough is slightly better but still has a minor cough. Spirit has been fasting through the night and is being prepped for his procedure and the rest of the cows seem good today.

[STATUS UPDATE #12 4/14/2017 3:00pm] - Spirit was given an epidural with morphine but did not have to be anesthetized (which is a good thing) because he was so cooperative. The surgeon discovered by examining the radiographs (see photos below) that Spirit has broken his ankle in two places but on the same side of his right rear leg. Fortunately the surgeon believes there is a good chance for recovery. The surgeon decided to add a block underneath the opposite side of the foot to relieve pressure from the broken bones, allowing them to heal. The healing process is anticipated to be 8 - 12 weeks. They will continue to manage his pain and progress on the block (see photos below).

[STATUS UPDATE #12 4/15/2017 - 4/17/2017] - Spirit had a bandage cast places on the affected leg to help stabilize the broken ankle. A bandage cast was chosen to make it easier to change and still give good support to the limb. We are continuing to manage his pain and keep him as comfortable as possible. He has been eating small amounts of hay but we continue to be concerned about his appetite. His respiratory rate is still fluctuating. The cow who had been coughing has almost completely healed and the rest of the cows continue to be doing well.

Fans, Celebrities, and Supporters Rally Together To Help Open A Forever Home For Chico and His Brothers

Read More & Learn How You Can Help! 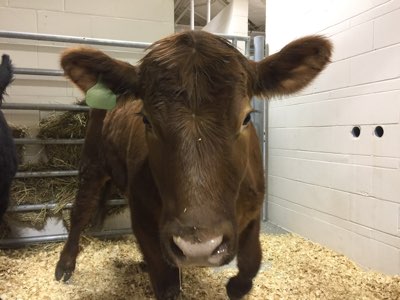 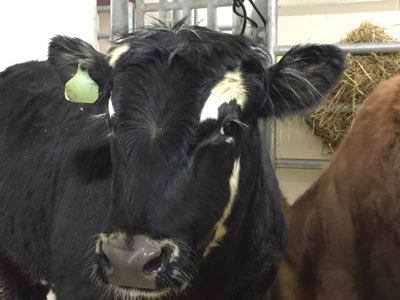 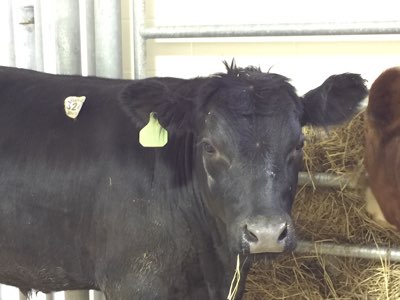 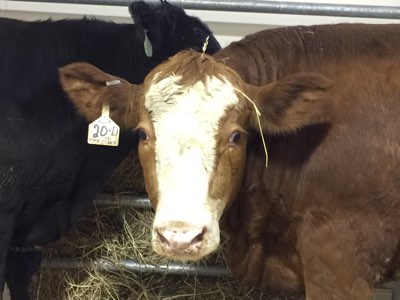 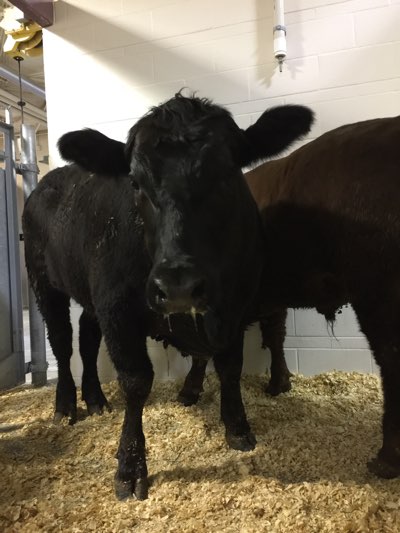 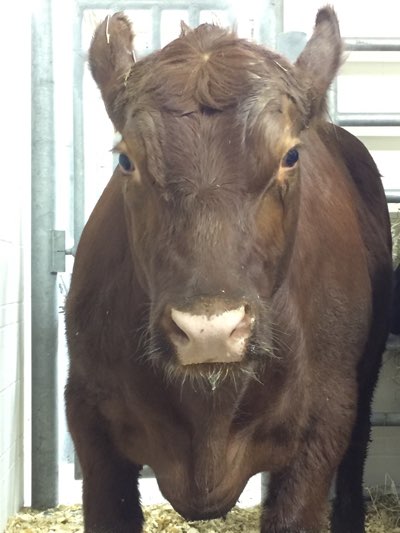 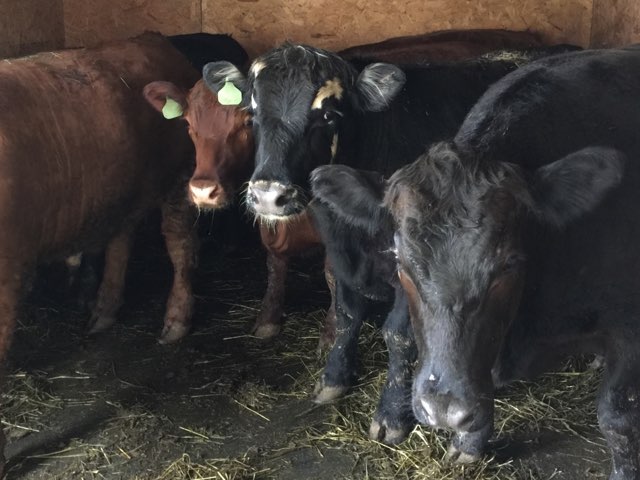 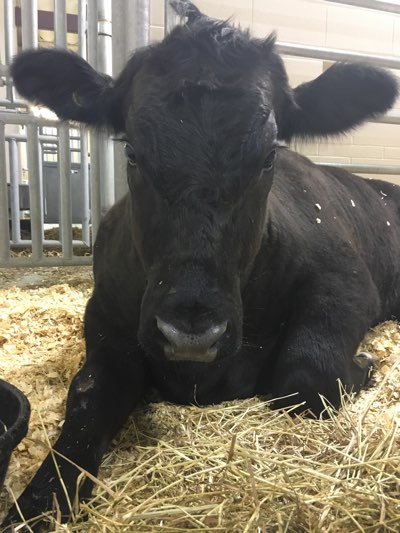 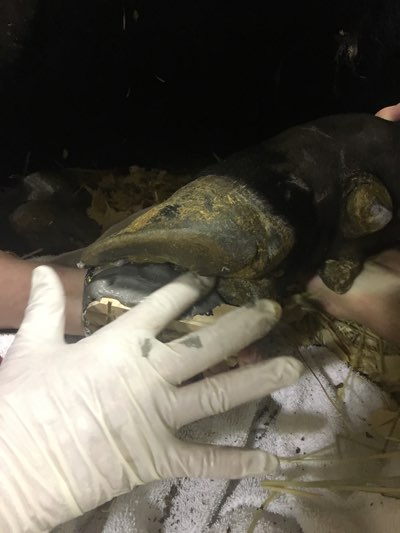 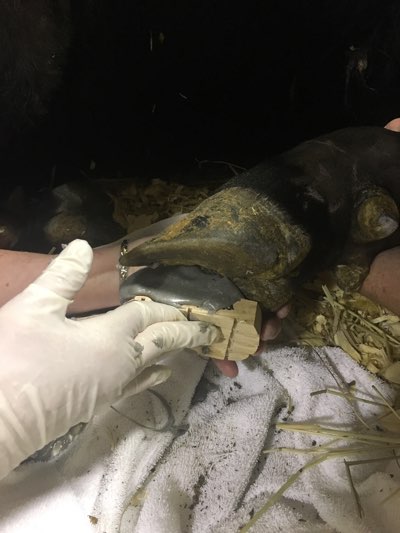 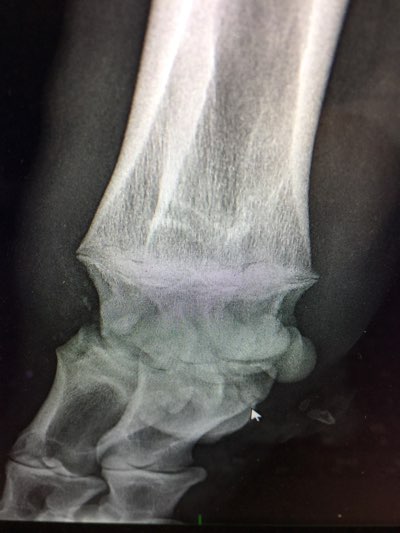 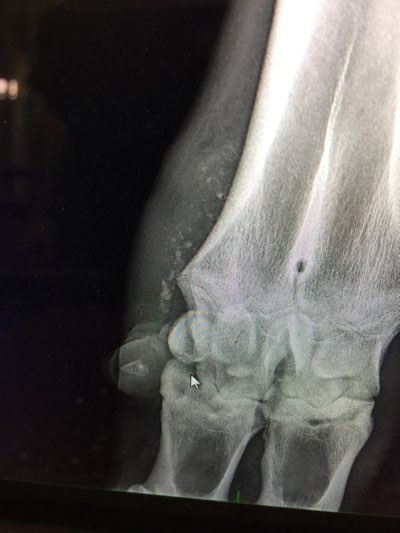 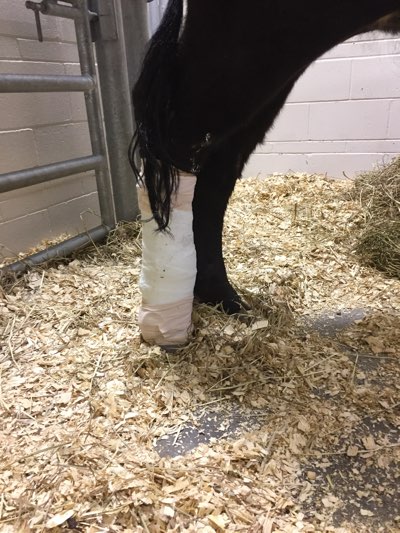