Sun Chlorella to the rescue 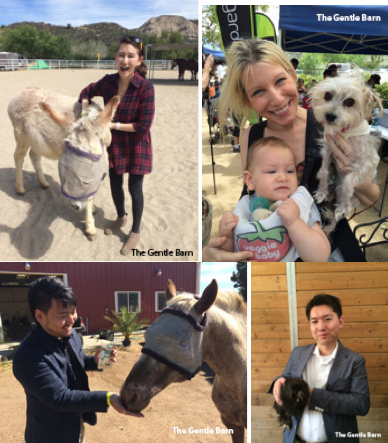 One Sunday several weeks ago, we had a family come to the barn very upset, asking to speak with us. They said that they had a dog, Sophia, who had a routine dental cleaning and was sent home with anti-inflammatory medicine. A few weeks later, Sophia was not eating, in excruciating pain, and was very sick. When they took her to the vet, she was rushed into emergency surgery and they said that the medicine she had been given had caused a whole in her stomach and that was why she was so sick. After surgery she seemed to be even worse. Sofia was on breathing machines and feeding tubes and the veterinarian said he was doubtful she would make it.

Sofia was only 4 years old and this was so unexpected that her family was devastated and asked if we could help. We immediately thought of Sun Chlorella. Sun Chlorella is an amazing algae super food that boosts the immune system, strengthens the body, and allows the body to heal itself.We were not sure if she could make it, but we knew that if there was a chance, Sun Chlorella would help. The family took the Sun Chlorella liquid Wakasa Gold to the hospital and put it right into her feeding tube. She seemed to perk up right away. Days later Sophia was still refusing to eat anything on her own but she lapped up the Wakasa Gold like it was candy. This was the beginning of Sophia’s healing. The Gold gave her some strength and then she started eating little bits of food, which was mixed with the Sun Chlorella algae super food. With each day, Sophia got stronger until a few weeks later the family was able to take Sophia home. 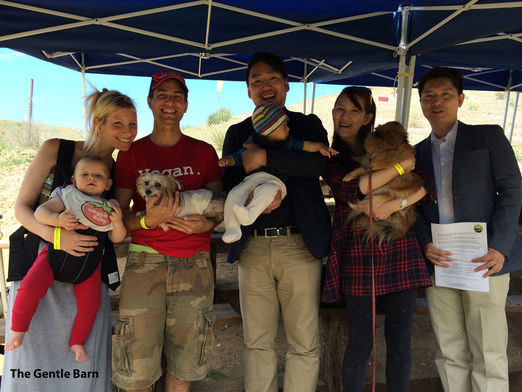 Last Sunday, the whole family came to visit The Gentle Barn and brought Sophia with them to meet us. Jay and I burst into tears when we saw her and we hugged and smiled and celebrated. That same Sunday Futoshi, president of Sun Chlorella USA and his wife, Yen, and Kengo from the corporate office in Japan were at The Gentle Barn for a visit as well.The family was able to meet them and thank them in person for saving their dog.

Saving lives, giving hope, and making miracles is what Sun Chlorella and The Gentle Barn are all about. It is such an honor to be affiliated with such a remarkable company not only to heal the animals we rescue, and, nourish the animals we give sanctuary to, but to share it with the world and give joy to everyone. We are so happy for the happy ending for Sophia and her adoring family and look forward to many years of visiting with them on Sundays. Thank you, Sun Chlorella, for hope, for health, and for happiness!