Anniversary of the Backyard Butcher 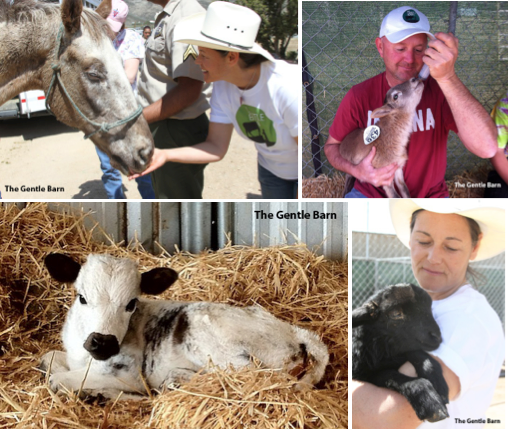 The month of April marks the 2nd anniversary of the rescue of many animals from a backyard butcher in Santa Clarita, CA. There was a place not too far from The Gentle Barn that was raising animals to slaughter and sell the meat to the community. The animals were abused, diseased, and kept in filthy conditions, starving with no clean water or good shelter. We tried to work with authorities to make conditions better there for about four years to no avail and brought many animals home who were on the verge of death. However, in April, 2012, the authorities had finally seen enough and built enough of a case to arrest the backyard butcher and confiscate his animals, bringing them to The Gentle Barn to heal.

The animals were terrified and very sick. They had high fevers, infections, runny noses, were infested with parasites and lice, and their hooves overgrown. They were listless with no will to live and no hope in their eyes. Some were orphaned babies, some were nursing moms, some were pregnant and all were emaciated and terrified. We took the animals in at our Sun Chlorella Healing Center, where we spent many months trying to get their bodies well and breathe the life back into them. Our rescue staff along with help from our dedicated volunteers, great vet care, Chlorella Super Food to boost everyone’s immune systems, the animals slowly started to heal. We trimmed their hooves, brushed out the snarls in their matted coats, sang to them and held them for hours and gave them a family and a home. 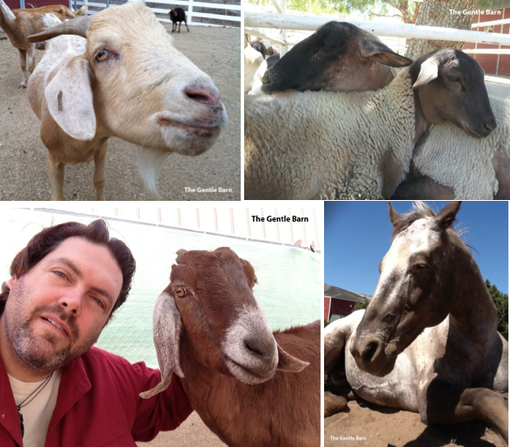 Now, two years later they are all thriving: Hero’s infected leg has healed and she is a perfect weight and very happy. The goats and sheep are friendly and adorable, the cows are allowing us to pet and feed them, and all is well.

Many of the animals from the backyard butcher are now living at our main location, so when you come to visit you can give them some love and attention and let them know how brave, beautiful, and wonderful they are!

To watch the video of their incredible story and rescue, Click Here