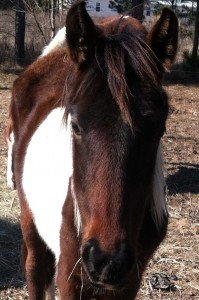 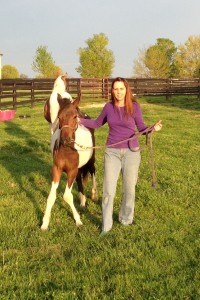 When Worthy was rescued she was scared of humans, malnourished, emaciated and was hobbling around on a crooked leg. Worthy was born with Windswept Angular Limb Deformity, which should have been corrected when she was a newborn. Worthy is now a yearling and she cannot live with her leg like this; it is only a matter of time till her leg collapses. So the choice was to put her down or try and save her with corrective surgery. She is so sweet and alive and we believe she deserves a chance. We spent a long time giving Worthy a chance to gain weight, gain strength and learn to trust us and she is now ready and will have surgery on Tuesday. The surgery is going to be expensive with risks and possible complications, but Rood And Riddle Equine Hospital in Lexington, KY is willing to give her a chance and is giving us 50% off the bill to help us out. We still have to raise the other half though, and we cannot do it without your help. All she has known up until now is pain, fear and hunger. Lets fix her leg and give her the loving, kind, wonderful life that she deserves! Please donate, any amount is greatly appreciated. Thank you so much! 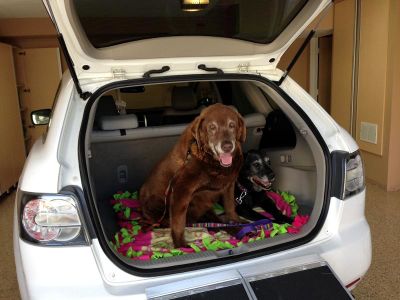 Charlie and Lacey are doing great so far. When we saved them from being put down at the animal shelter, after being brought in for being old, they had great difficulty walking and standing up. For the last two weeks we have given them acupuncture, massage therapy, cold laser and aqua therapy to address their arthritis and atrophied muscles, slow walks to build muscles, Sun Chlorella Algae Super Food to boost their immune systems, and of course lots of love and affection so they have something to live for. Their legs are getting stronger and they are walking much better now. Their coats are starting to shine and their smiles say it all! After 14 years of living alone, on concrete, in a backyard, they finally have the life they deserve. This is going to be a slow, steady process and will involve a lot of care but they are so worth it. It’s getting expensive and we cannot do this without you, please continue to support us so we can continue to support Charlie and Lacey. Click here to donate. Thank you so much! 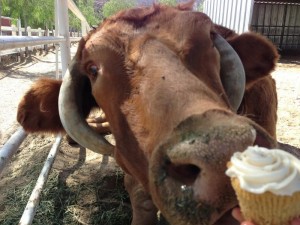 Our beloved cow Vegan left us this week at the age of 10. Because he was genetically engineered to get very big, very fast so he could be slaughtered at only 18 months, still a baby, he grew to over 2,000 pounds. Over the last few years it has been getting harder and harder for Vegan to stand up and walk because of his heavy weight and arthritis. This Sunday Vegan went down for the last time and he could not get up. Once a large animal cannot walk, their life is pretty miserable: they feel frustrated, angry, helpless and their organs start shutting down. This week, after giving Vegan cupcakes and water melon, his favorite treats, we gently helped him out of a body that no longer worked. 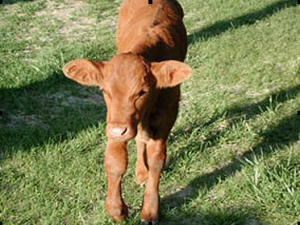 Vegan was born blind on a beef ranch. The farmer’s wife felt sorry for him and brought him up to the house to bottle feed him. She very soon fell in love with him. The farmer didn’t believe in cows as pets so he gave his wife one week to get rid of him or he was going to get rid of him. She called The Gentle Barn and asked if we would save him and of course we said yes. Vegan came to us at only 8 weeks old and we fell in love with him right way. He was so cute! Because he was blind we taught him to stop on command before he bumped into something. We bottle fed Vegan and when he was a year and a half we found a special surgeon in San Diego who did eye surgery on his congenital cataracts and helped him see. It was fascinating watching Vegan see for the first time, take in the world around him and learn what it was that he was looking at. 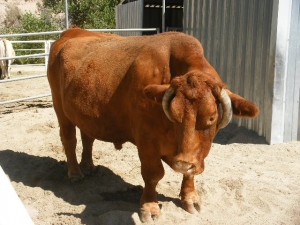 Vegan was a bit spoiled and actually didn’t like being pet by people he didn’t know. Vegan had a naughty sense of humor and when he was younger, thought it was funny to toss people in the air. I swear you could see him laughing. As he aged he mellowed and was content to have us give him back scratches and soft pets under the chin. Vegan never did open up to the public and large crowds, but he did bond with several of our volunteers and let them into his inner circle. Vegan was very opinionated and never minced words. He was very clear about what he liked and didn’t like and was not afraid to express himself. We loved that about him and he inspired the confidence of the at risk youth that we worked with. Vegan was a fan favorite of the kids we hosted, teaching them that when bad things happen there can be a power and a saving grace that comes out of it. We would never have wished for Vegan to be blind, but in the end it saved his life. If he was born “normal” he would have been slaughtered a long time ago. Luckily he wasn’t slaughtered and he blessed us with 10 years of magnificence!