Phoenix Rising the cow, living in sanctuary at The Gentle Barn California 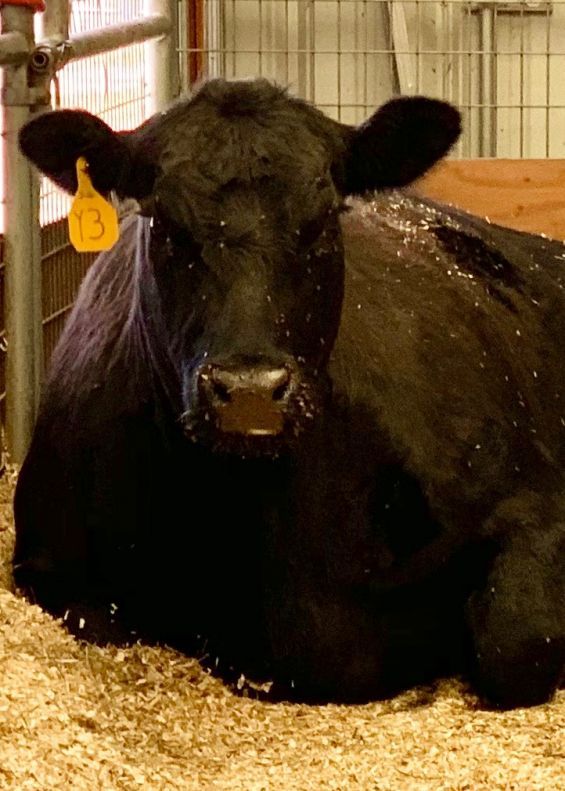 Phoenix Rising the cow, living in sanctuary at The Gentle Barn California

Phoenix Rising was a young cow intended to be impregnated each year so her babies could be sold to slaughter. Because of the Covid 19 pandemic, and slaughterhouses closing down, the farmer sent all his cows to slaughter, even the pregnant ones. Phoenix gave birth inside the slaughterhouse as she waited for her turn to be killed. Because she was a first time mom, was so terrified of the chaos and horrors around her, and grief stricken watching her entire herd be destroyed, she could not focus on her baby, bond with him, or nurse him sufficiently. He died in the slaughterhouse. But in a rare act of compassion, the slaughterhouse owner allowed us to have Phoenix and bring her to the safety of The Gentle Barn. Phoenix was one of the most terrified animals we have ever rescued. Her eyes wide with fear, nostrils flared, open mouth breathing, running in circles, smashing into fences, Phoenix took a long time to acclimate to being in the barn with humans. For the first week we gave her as little human contact as possible, and in the second week we read to her, sang to her, meditated with her, played soft music and singing bowls for her, and she started relaxing. We were finally able to come inside her pen and clean her stall without her panicking, and in a few weeks we were able to feed her cookies from our hands. For the rest of her life, Phoenix will only know love, compassion, and peace. Like Phoenix Rising in Greek mythology, our Phoenix has risen from the ashes and it's made her stronger than ever before delivering a very important message for humanity to see the truth of these beautiful animals and what's happening to them.