Oliver the cow, Living in sanctuary at The Gentle Barn California 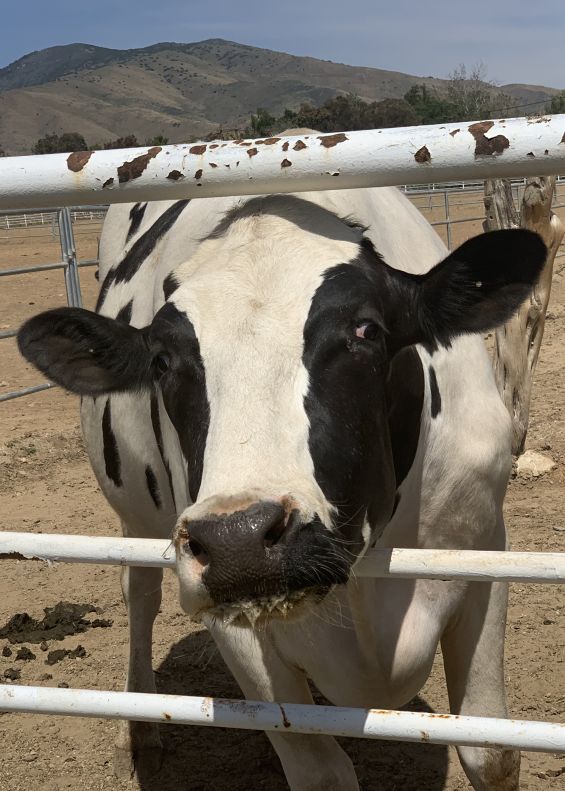 Oliver the cow, Living in sanctuary at The Gentle Barn California

Oliver and his brother Sage were born at a dairy where they were taken away from their moms at birth, put in a box where they could not move, and then adopted by a teenager for a 4H project. They were bottle fed, halter trained, loved, held, and played with. At 12 weeks old they were brought to a county fair to be shown off and then sent to slaughter. Another teenager convinced them to release the calves to The Gentle Barn instead of sending them to slaughter. Sage and Oliver will live at The Gentle Barn for the rest of their lives and be loved and adored like all cows should!