Eugene the cow, living in sanctuary at The Gentle Barn California 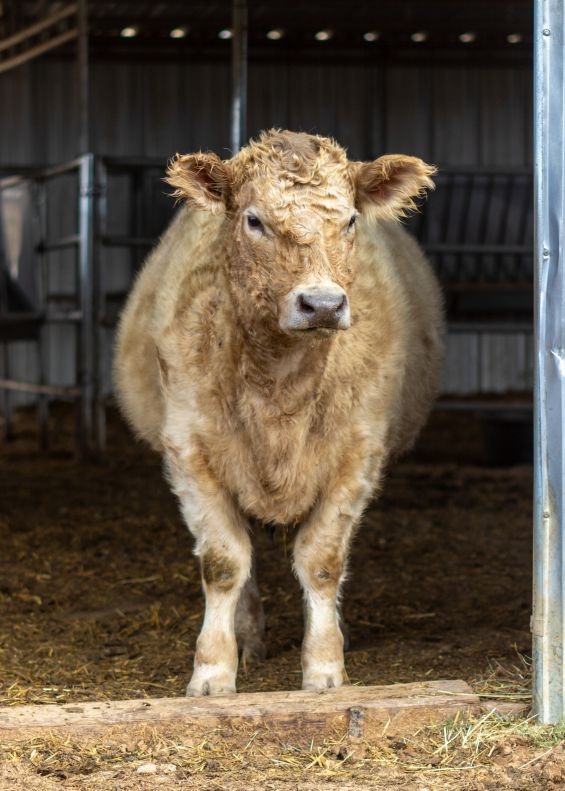 Eugene the cow, living in sanctuary at The Gentle Barn California

Baby Eugene is innocent and completely oblivious of where they were and what almost befell them, but it’ll most likely take a long time for Rosita to recover and learn to trust humans. Rosita his mother was at a slaughterhouse in line to be slaughtered. The entire time she was being prodded to keep moving down the line, she was in labor, and gave birth right there on the kill floor. In a miraculous act of compassion, the owner spared mom and baby and allowed them to come live at The Gentle Barn. Rosita and Eugene will live at The Gentle Barn California, together for the rest of their lives.

We named mom “Rosita” after longtime animal advocate Christian Serratos’ character on The Walking Dead. Like the character Rosita, our new cow embodies strength, courage, possesses deep protective qualities and has an inherent will to survive. We named baby “Eugene” in honor of the young character on the show that Rosita protects.