Earl the emu, Living in sanctuary at The Gentle Barn California 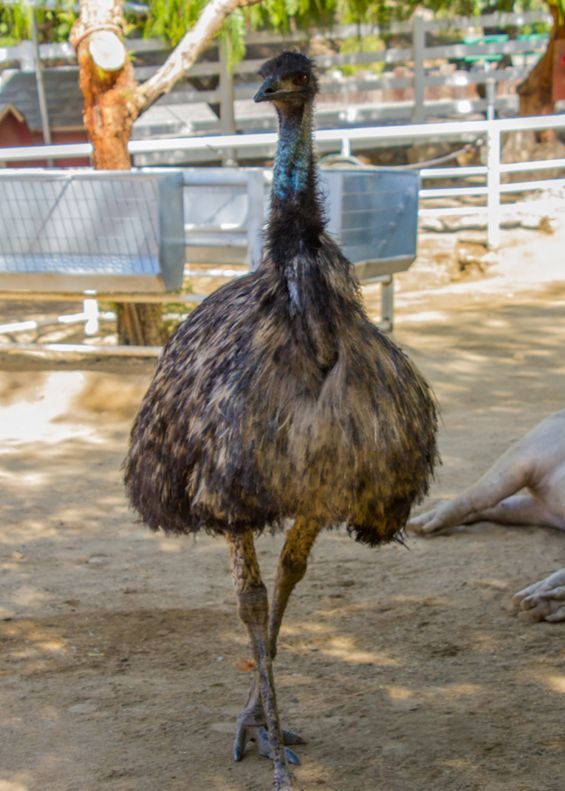 Earl the emu, Living in sanctuary at The Gentle Barn California

Earl came to our California location in 2014. Before he came to The Gentle Barn, Earl was running loose in Santa Clarita, jumping in and out of people’s yards and through a school zone. Animal Control finally caught him after two hours and brought him to the shelter to be reunited with his owner, but the owner never came. They contacted us and asked if we would take him, and of course we said yes! It took Earl a while to adjust, but he’s now happy and content in our barnyard with all his friends. He loves getting his fuzzy head scratched and being sprayed with the hose, and loves to snack on broccoli and blueberries. His docent made him his own sign, so everyone knows this is Earl’s forever home.