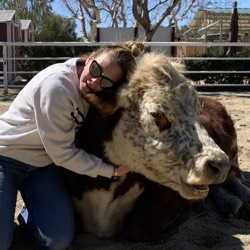 Tessa Benson Tooley is a native New Yorker who has called Los Angeles home since 2002. An accomplished editor, writer and producer, Tooley was one of the initial hires at DailyCandy.Com where she wore many hats with her position as Content Producer for the site. She was then hired as West Coast Bureau Chief at SELF magazine, a position she held for twelve years. Following this role, Tooley served as a Senior Editor at LA Times Magazine. Her editorial experience also includes writing for The New York Times Style section, InStyle and Architectural Digest, as well as serving as Editor at Los Angeles Magazine. Most recently, Tooley transitioned into film development as a producer, working alongside her husband, filmmaker Tucker Tooley of Tucker Tooley Entertainment. A vegan and promoter of humane fashion, Tessa devotes her time to numerous philanthropic endeavors and environmental causes. She is currently on the Next Generation committee for The Humane Society of The United States. She enjoys spending time with her son, six+ rescue dogs, two rescue turtles and four rescue fancy goldfish. Tessa is thrilled to join the Board of the Gentle Barn as it approaches its 20th anniversary, and is honored to be a part of this important community. @tessatooley